Monira Al Qadiri creates performance, sculpture, and video work exploring unconventional gender identities, petrocultures, and speculative futures. She addresses globalization in a world riven with contradictions between conservative structures and new technologies.
Holy Quarter is an intermedia installation that interweaves shiny black glass objects, music, computer-simulated language, and virtuoso landscape scenarios. The work begins with the story of British explorer Harry St. John Philby: in the 1930s, Philby crossed the desert region known
as the “Empty Quarter” - Rub’ al Khali in the southernmost part of the Arabian Peninsula - in hopes of finding the ruins of an ancient city known as the “Atlantis of the desert.” There, he was intrigued by a number of dark, pearly, mysterious objects - fragments of meteorites, “Wabar Pearls,” with an almost unearthly allure.
The sculptural objects of the Spectrum series are modeled after the heads of oil drillers. The iridescent surface of these machine parts
references a dying tradition in a sector that brought wealth to the Gulf States before oil was discovered: the pearl trade. This work is arduous and requires great courage, as pearl divers have to search for oysters underwater for several minutes without equipment. Spectrum forms part of Al Qadiri’s research into the historical and cultural legacy of pearl diving in the Gulf region, along with the massive social and economic changes triggered by its eventual replacement with the petro-economy.
OR-BIT, another iridescent model of an oil drill, albeit a floating one, resembles an architectural model reminiscent of the Tower of Babel, and embodies the infinite human desire to continually strive upward while accumulating more and more wealth and power. 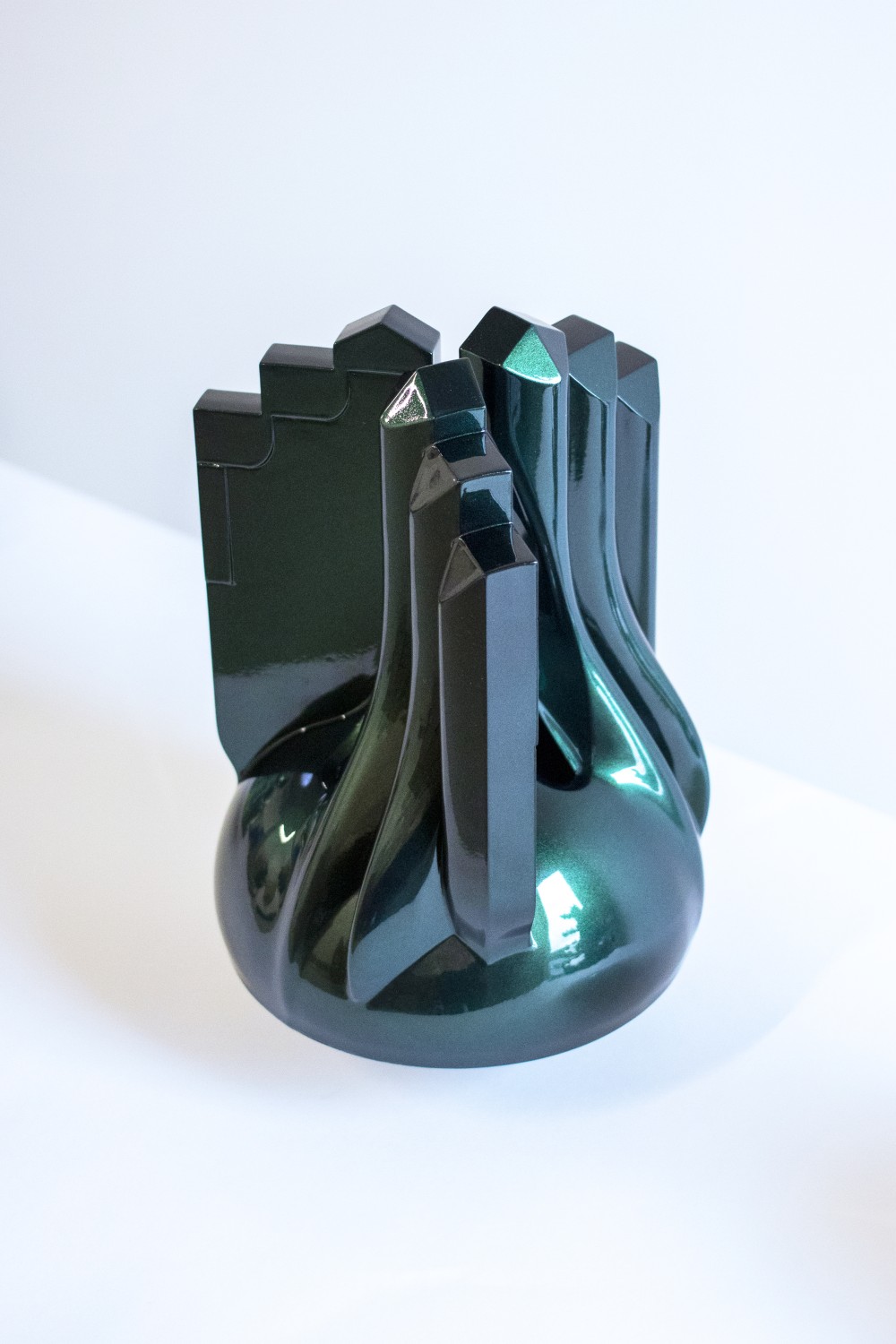